LONGEVITY: caloric restriction (CR) and the role of sirtuins 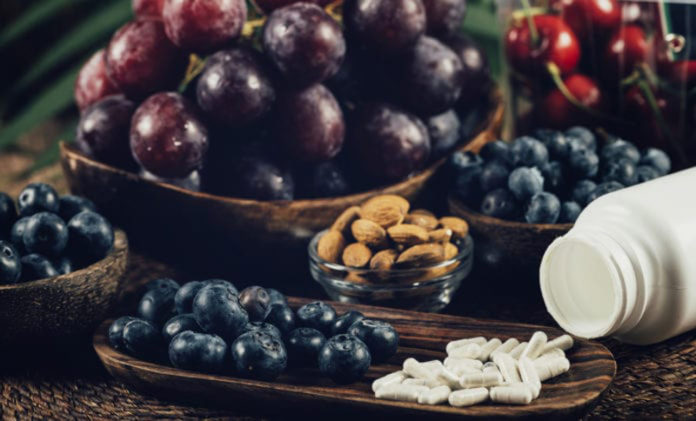 Over the past decade, sirtuins have attracted increasing interest due to their ability to extend lifespan in various organisms and provide protection against age-related diseases in mammals. In yeast, integration of extra copies of Sir2 leads to a lifespan extension of up to 30 %, while deletion of this gene shortens the lifespan by around 50 %.

Caloric restriction (CR) achieved by limiting glucose availability in the growth medium of the yeast Saccharomyces cerevisiae leads to an activation of Sir2 and an extension of the lifespan. In mammals, increased expression and function of SIRT1 contributes to the beneficial effects of CR by delaying the onset of age-related diseases, including cancer, atherosclerosis, and diabetes. 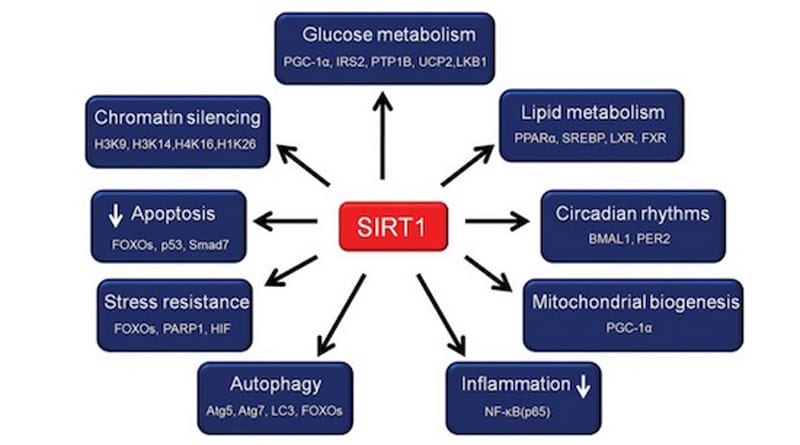 In 2003, Sinclair’s team described 18 plant-derived molecules capable of activating sirtuins in yeast and studied their effects on SIRT1, the human homologue of Sir2. The flavones quercetin and fisetin, the stilbenes piceatannol and resveratrol and the chalcone buteine stimulated SIRT1 5- to 13-fold. The most powerful activator was resveratrol (RSV), a compound synthesised by a large number of plants in response to stress and present in appreciable quantities in grapes and red wine. This molecule is already known for its protective role in numerous diseases, including cardiovascular, neoplastic and neurodegenerative diseases.

But how would sirtuins increase longevity? By promoting the lengthening of telomeres, our ‘biological clocks’ that tell our ‘expiry date‘.